It’s here my friends (at least my friends in Canada and most of the US and Europe). It’s winter and it’s cold and it’s dark. Long gone are the days of farm fresh vegetables and we have welcomed a new era where all anyone wants to talk about is the cost of a head of cauliflower. To make the most of my ingredients and cut down on food waste, I’m making kitchen scraps vegetable bean soup.

Food prices are expected to rise about 4-6% this year in Canada. Cauliflower is extra special, though so it’s price has risen over a 100%. That means double. It’s twice what it normally costs.

Hang tight, you will be okay! And come spring, maybe it means planting a garden.

Here’s what no one is really talking about:

Let’s take a walk down memory lane and peruse a little excerpt from Chapter 8 of the 2013 smash hit UnDiet.

The most food is wasted in the US – and this has global environment impact. According to a report by the United States Environmental Protection Agency, the US generates more than thirty-four million tons of food waste each year. Holy shmizer! In Canada, it is estimated that $27 billion dollars worth of food ends up in landfills each year [Since writing UnDiet, the cost has been updated to 30 million]. According to World Vision Canada, every month, just the residents in the city of Toronto alone, toss out 17.5 million kilograms of food.

Food waste is more than fourteen percent of the total municipal solid waste. Even more shameful is that less than three percent of the thirty-four million tons of food waste created in 2009 was recovered and recycled. That means that thirty-three million tons were trucked off to the place we call ‘away’. Food waste now represents the single largest component of municipal landfills and incinerators in the US.

And this my friends, though can’t be remedied 100%, can be helped by this very humble, one pot meal that I have for you. Together, that collection of vegetables looks like a great assortment. A prized collection of plantiful perfection. But when you separate those items out, they appear rather random; a lone sweet potato, a worse for wear white potato, four leaves of kale, a hodge-podge of onions. But together? Together we have something special (like you and me!). A kitchen scraps vegetable bean soup! Meal planning, and meal prep especially, is one of the most effective ways to reduce both grocery bills and food waste costs. You know I am a champion of meal prepping in every sense of it. It reduces your time in the kitchen and dramatically reduces what you throw away at the end of each week. As for the beans, I always have a few cans of beans kicking around. They are quick and easy to use and I always opt for the Eden brand, which are BPA-free. 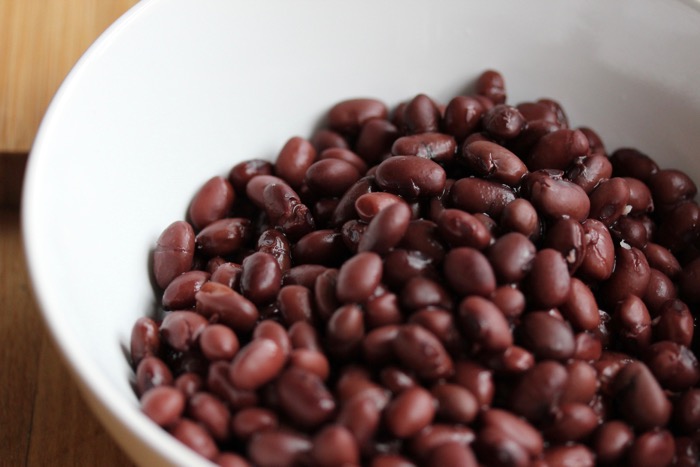 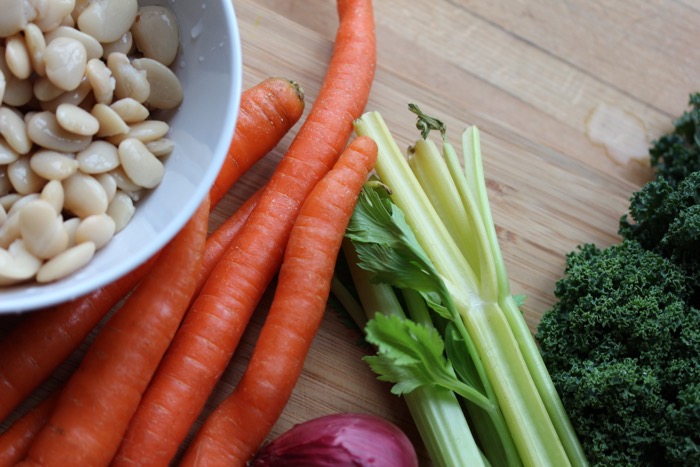 And so I took these kitchen scraps, vegetables that likely would have rotted in my fridge because they weren’t enough to stand on their own as a dish and made them into a super delicious, quick, easy and satiating full-meal-deal soup. Something a little extra I always add to my soups is seaweed. This dried kombu adds a healthy dose of minerals to the soup. Once it softens up with cooking, you don’t even know it’s there so you can leave it in or remove it. I say, the more the merrier and I let it stay for the party.

After about ten minutes of slicing and dicing, I let the soup simmer for an hour (you could do less, but as I used uncooked split peas, they needed the cooking time) and you are ready to go. 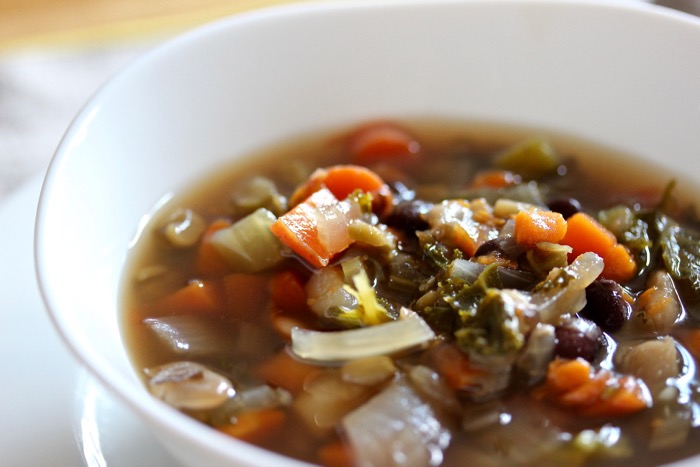 If time (or patience) is limited, you can also put all of these ingredients in your slow cooker and just set it and forget it. It will be ready when you wake up in the morning (yes, this makes a rockstar hearty breakfast) or set it in the morning and you’ll come home to a perfect slow-cooked, fast-food meal. The Major Benefits Of This kitchen scraps vegetable bean Soup

A simple gluten-free and vegan soup that incorporates